How to use Emergency Meetings

How to use Emergency Meetings 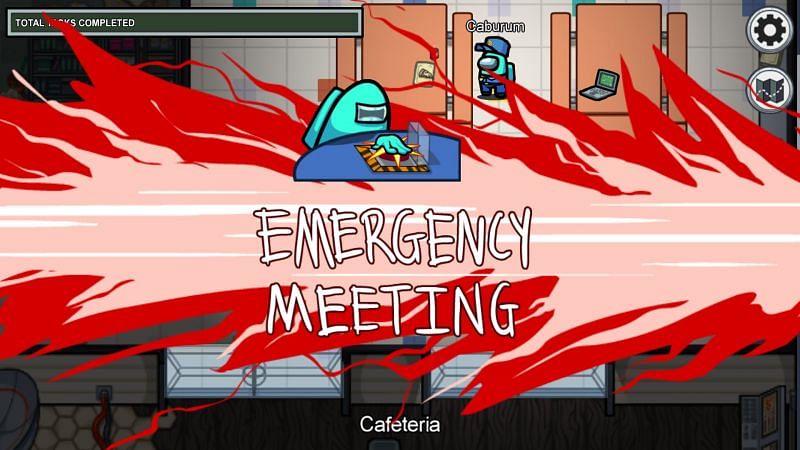 Most players in Among Us are content to go about their business completing their tasks in the hopes of finishing their jobs before potentially succumbing to an impostor’s attack, and almost all meetings are called when a body is discovered. However, you should know that Among Us players can call emergency meetings, as well as when and why you might want to.

Among Us: How to call an Emergency Meeting

Calling an emergency meeting is actually pretty straightforward, you simply approach the meeting table and click on the button in the middle. So long as there isn’t an active sabotage going on, and you haven’t spent all your emergency meetings already, doing so will begin an immediate discussion where players can present information, debate, and vote someone off.

Despite these meetings being a strong tool for players, they are rarely used and even forgotten about entirely from time to time.

Among Us: When to call an Emergency Meeting

Most of the time, Emergency Meetings in Among Us get used like a special report button. If someone discovers that another player has been killed through something like a vitals monitor, occasionally a player will take the time to call an emergency meeting to bring up the new information and begin interrogation.

While this can be useful, if the meeting gets called and multiple players were isolated, it can often add little to the discussion, especially as the body was never found. Additionally, meetings have many more uses beyond simply initiating discussion about a missing body.

Among Us: Why to call an Emergency Meeting

Ideally, you want to call a meeting in Among Us for two major reasons, if you have new information that is important to tell people, or if you need to affect the game’s pace for some reason.

New information could include anything from confidently clearing another player to telling the table that someone was behaving suspiciously. You don’t always have to have perfect information to feel the need to share it, even taking a moment to have players recall their tasks or movements might be fruitful.

Another important aspect of Emergency Meetings in Among Us is that when meetings are called, everything goes back on cooldown. This means that, if the impostor has a 30 second cooldown between kills, they will have to wait 30 seconds after the meeting ends to kill again. This precious time can be used to offer the crew a bit of breathing room as they complete the last of their tasks.

Of course, calling a meeting isn’t limited to just the crew. If you’re the impostor, calling a meeting can obscure information by preventing others from finding a body’s location or giving you a moment to accuse someone else of curious activity.

Be careful of being too eager with your meetings, or of antagonizing the group too much during them. I have personally witnessed players getting voted off just for calling a meeting to waste time.