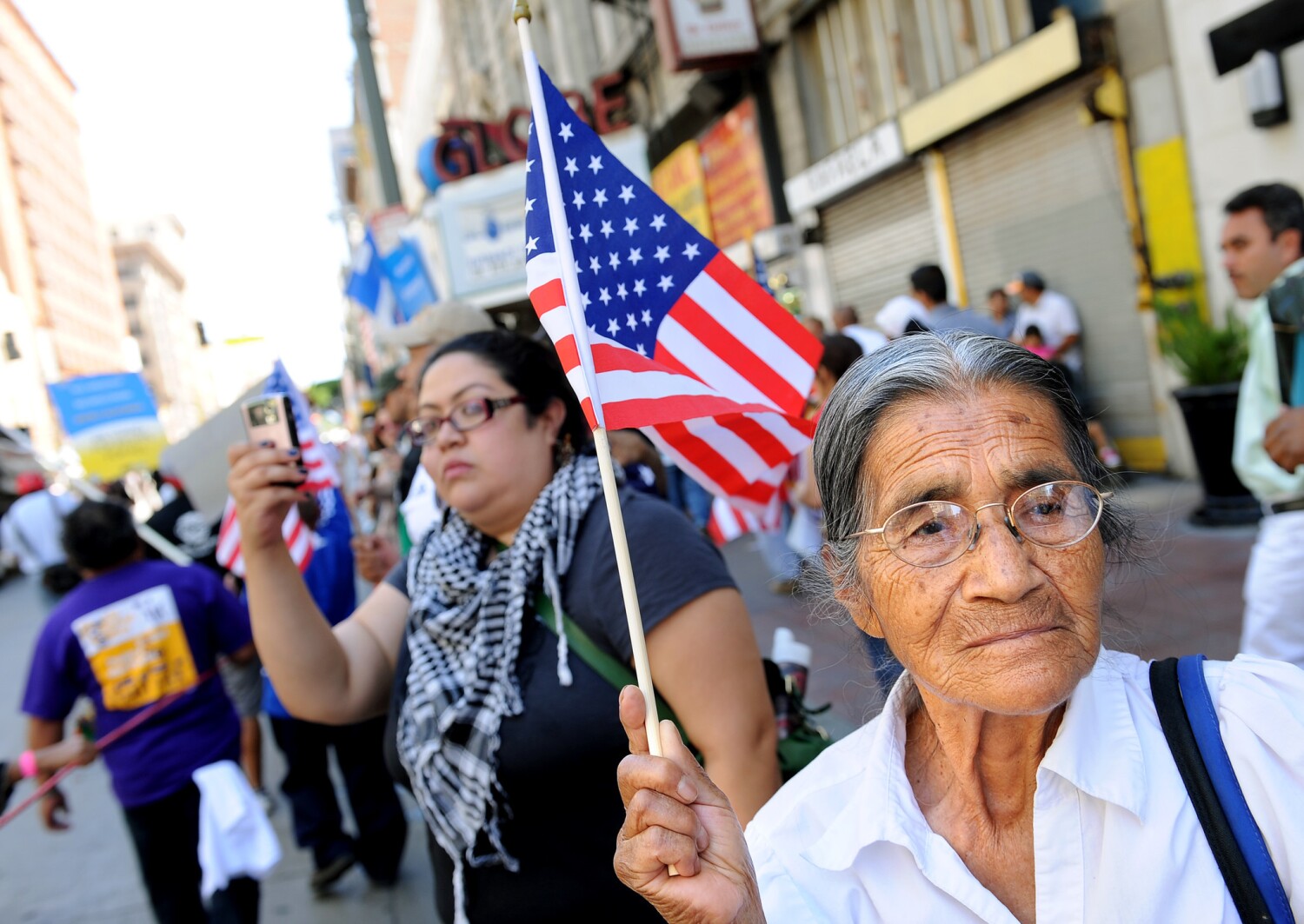 The term “Latinx” has been embraced by 3% of Latinos in the United States, according to the first major poll on the topic by the nonpartisan Pew Research Center, which closely tracks “Hispanic/Latino” demographic and social trends. The study, released Tuesday, also found that roughly three out of four Latinos in the U.S. hadn’t even heard of the term.

The Pew findings suggest that Latinx has a significant way to go before it enters fully generalized usage in the United States, despite its enthusiastic embrace at colleges and universities, in liberal corporate discourse, some news media outlets, Hollywood and among recent presidential primary candidates such as Elizabeth Warren and Julián Castro.

Among those who had heard of Latinx, 33% said it should be used to describe the Hispanic or Latino population, while 65% said it should not be used. Researchers also found that people in the United States still prefer to self-identify as “Hispanic” (61%) followed by “Latino” (29%) or their country of origin.

Pew interviewed 3,030 U.S. Hispanic or Latino adults, ages 18 to 65 and older, in December 2019. The survey was conducted bilingually and was “nationally representative,” Pew said.

Latinx, which emerged online and in academia in the early 2000s, is the most recent attempt to rectify a perceived long-standing problem in Spanish-rooted words that appear in American English: the gendering of nouns that end in “o” (masculine) or “a” (feminine). Accepting “Latino” as the default term for a mixed-gender group of people reinforces patriarchy, Latinx proponents say, and excludes people who are transgender or gender-nonconforming.

“Identity terms come and go. Hispanic is from the ’70s, Latino is from the ’90s, and Latinx is a more recent term, and it’s possible that its use could rise,” said Mark Hugo Lopez, one of the authors of the study. “But one thing that is happening worldwide is a growing number of conversations around gender-neutral language, and we see similar movements here.”

Latinx grew in relative popularity only recently. A Google Trends analysis found searches about Latinx rose after the 2016 Pulse shooting in Orlando, Fla., where 49 people were killed in an attack targeting an LGBTQ Latin nightclub. Nonetheless, searches of “Latinx” still trail considerably behind “Latina,” “Latino” and “Hispanic,” Pew found.

Young Hispanics (ages 18-29) were the most likely to have heard of Latinx, at 42%, the study found. Other subsets with more awareness of the term included the college-educated, those who are English-dominant and Democratic or Democratic-leaning respondents. The lowest levels of awareness were found among the Spanish-dominant, those who are foreign-born, respondents who identify as Republicans and those with a high school diploma or less.

In interviews with respondents, Pew found that some felt Latinx is an unnecessary “anglicism” of the Spanish language, or “not representative of the larger Latino community.” Critics point out that there are contradictory exceptions throughout modern Spanish in which masculine or feminine nouns are inverted when paired with their definite articles (“the radio” is “la radio” in Spanish not “el radio,” for example; “the water” is “el agua”).

Awareness of “Latinx” does not necessarily translate to usage, Lopez said. While the youngest Latinos were most likely to be aware of Latinx, only 7% of respondents in that age group actively use it, Pew found.

“So while it’s rising in use, it is still relatively not well known,” Lopez said. “Certainly the Hispanic population is very young. Half the population is under the age of 30, so this is a young population, and it is young people who are most aware of Latinx and are most likely to use it.”